The Power of Perseverance: 2017 Review

Everyone involved in a startup, especially the founder, is fueled by an idea, a dream. And for most of us, it takes time for that dream to come to fruition, for the idea to be validated. Sometimes a LONG time. Many will tell you that your idea isn’t a good one, that there is no market, that there is not a viable business model. That has certainly been the case with Dream Local Digital. We recently celebrated our nine-year anniversary, and there were many years where I heard feedback telling me to stop, this wasn’t going to be a thing.

But #HoneyBadgers don’t quit, we persevere.

We started the business with a central focus on social media marketing because I believed wholeheartedly that it would change the way businesses communicate with current and future customers. At that point, there was barely an advertising model on Facebook, and the user base was not at scale. Prior to starting Dream Local Digital, I had been fortunate enough to work with Google on its revenue programs and could see the hockey stick trajectory they were on, and my feeling was Google would work when people knew what they wanted, and social media would find passive audiences, provide interactivity that websites could not, build brands and change how small businesses would promote themselves.

I self-funded Dream Local Digital for four years, and then when I felt it was time for scale, I was fortunate enough to find a few investors who believed in the vision and in me as a serial entrepreneur. We built the experience, tools, deliverables and scalable processes needed to serve small businesses on social media years before it was cool.

Like early pioneers rushing to stake claim to lands during the gold rush, we put our flag on social media for SMBs. But unlike the gold rush, there wasn’t an immediate payoff. In fact, it took years for the industry to mature. Some of our supporters and investors began to doubt what we were doing, but we pressed on. We knew. We just kept perfecting our processes, building for scale that we knew would come, and mastering our craft.

And, finally we have turned a corner. The industry is moving so quickly that we don’t have as many doubters as we once did, and there are thousands of businesses rushing to stake their claims in a territory we have been in for years. But we have been here. We have the team, the experience, the partnerships with the key players, and a perfected scalable process. We are ready for the gold rush.

Facebook and Google now completely dominate all online ad spend – capturing one-fifth of the entire market worldwide – think about that for a minute. They also make up nearly ALL GROWTH in the online advertising space. It’s hard to argue that this is a fad. For me, 2017 was all about validation of our space, our idea, and that is an important phase for any startup, and exciting for our team. 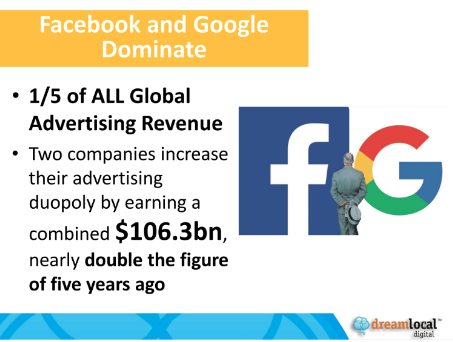 Now, there is a light at the end of the tunnel, and I can see that it’s not an oncoming train. But it is moving very quickly. We have seen more growth in 2017 than in all of our previous years combined. Dream Local Digital is now in more than 60 cities nationwide — training sales teams, transforming media companies, supporting agencies, and most importantly, serving clients. 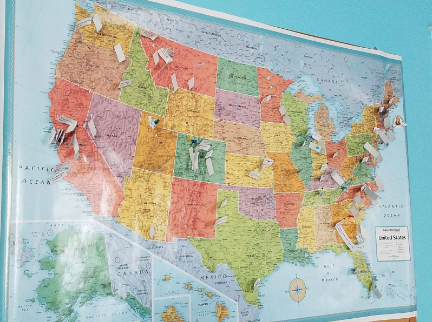 Growth of this kind and at this rate of speed can be bumpy, and our team certainly experiences that. It’s the startup way. Because we aren’t located in the heart of Silicon Valley, not everyone is used to that kind of rollercoaster ride, but I know it’s part of the scaling process. #HoneyBadgers get up and get the job done day in and day out. 2017 was a busy year for us – visiting partners, sales teams, clients and startups nationwide. Check out our year in review video – you’ll find some VERY funny bloopers in here, along with pics of many of our #HoneyBadger adventures. You might just see yourself in here! 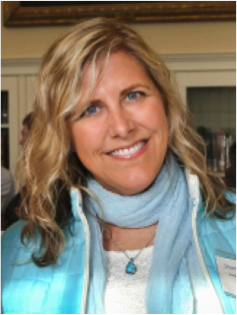 We are ready for considerably more growth in 2018 and look forward to helping our clients and media partners grow their businesses by leveraging online marketing and social media. As I write this we’re working on our 2019 and 2020 forecasts, and I can’t wait to see where this ride takes us. I’m grateful for all of our supporters, colleagues, friends, partners, clients, and most of all, each and every one of our #HoneyBadgers. They make the dream that is Dream Local Digital happen every day. #HoneyBadgerPride

Shannon Kinney / About Author
Shannon Kinney is the Founder & Client Success Officer, AKA “#HeadHoneyBadger” of Dream Local Digital. She is a seasoned startup Founder and Executive with over 25 years of experience. She is considered a thought leader in the online space, and is a highly sought after keynote speaker, advisor and consultant. With deep experience in sales, marketing, online product development and leadership, this is her third nationally-scaled digital marketing solution company. She founded Dream Local Digital in 2009 “to bring the power of online marketing to small and medium sized businesses”, and also to master the craft of how to make SMBs successful on social media. She has a wide and highly engaged network of leaders in media, technology, and startups worldwide, and has developed Dream Local Digital to be a widely recognized brand as best of breed in social media fulfillment.
More posts by Shannon Kinney